Reigning champions Atlético Madrid travel to the Mestalla this Saturday afternoon to face a resurgent Valencia side that are unbeaten so far this season. Los Che currently sit in second place, two points behind league leaders Barcelona, while Atlético are on the same number of points as Valencia but are behind on goal difference.

Last season Valencia finished a poor eighth in La Liga, their poorest finish since the 2007/2008 season and with things looking pretty grim financially for the past few seasons, it looked like they may fall into mediocrity. However, during the summer media-shy Singaporean Billionaire Peter Lim bought the Valencian club and has eased the financial woes of the club. With some smart investment in good players during the window, Valencia seem to be on their way back to being one of La Liga’s top clubs. 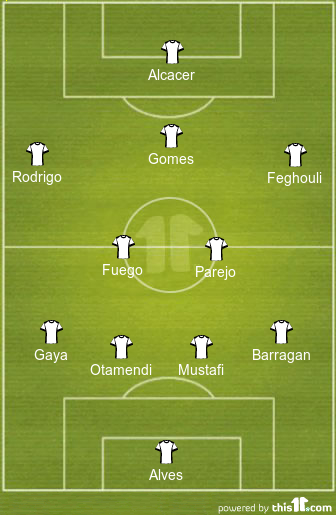 Six matches in to a new era for Los Che they remain unbeaten, having won four matches and drawn two. However, it’s not just their position in the table that is impressive but more the manner of the style the club has adopted under new coach Nuno Espirito Santo. Valencia won four matches on the bounce in style, scoring three goals in each game and only conceding once playing some terrific attacking football in the process. Last weekend Valencia dropped their first points since the opening day of the season with a 1-1 draw against Real Sociedad at the Anoeta, a notoriously tough play to play. Despite not leaving with all three points, the coach was content with his team’s performance and with the point.

“The truth is, Real Sociedad are a great opponent, a great football team. They have very good players, a very clear way of playing and they made things complicated for us. They had more of the ball, took a step forward and after they scored, we couldn’t regain control of the ball and it was difficult for us to control possession.”

“I’m more than satisfied with the work of my players, they were fantastic. Playing on Monday, Thursday and then Sunday is very tough.”

This Saturday’s match against the champions Atlético Madrid is Valencia’s biggest test of the season so far and should be an indication on how far Valencia have come so far this campaign. If they can come away with all three points then it would make a real statement to the rest of La Liga that Valencia are on their way back to being Spanish football’s top dogs.

Juventus got a priceless victory over Juventus Midweek

Atlético Madrid endured a somewhat stuttering start to the defence of their La Liga crown, with two draws in their opening four matches. It was always going to be difficult for Simeone’s side to replicate the tremendous form and consistency of last season, but after last weekend’s terrific performance at the Vincente Calderon, destroying a very good Sevilla side by 4 goals to nil, and the midweek victory over Juventus in the Champions League, Atléti are beginning to come into the same kind of form they showed last season.

The fact that Simeone who is so influential on the touchline was banned from the dugout for the first five matches could be a major reason for their slightly stuttering start to the campaign. However, “El Cholo” was back in the hot seat last weekend against Sevilla and his side were in rampant form. After the match Simeone somewhat downplayed his importance on the bench and praised the recent performances of his players

“I think in these last two games we have shown tremendous consistency in our game. We have been more aggressive and haven’t been allowing our rivals any space,” he said.

“This has made us more consistent. If I’m present or not, I don’t think it is determining. It is determining when it comes to our way of competing and the commitment we are showing in this start of the season.”

This will be a very tough match for Atléti but with victories over Real Madrid, Sevilla and Juventus already this season Simeone’s side are still clear favourites to beat a very decent Valencia side. 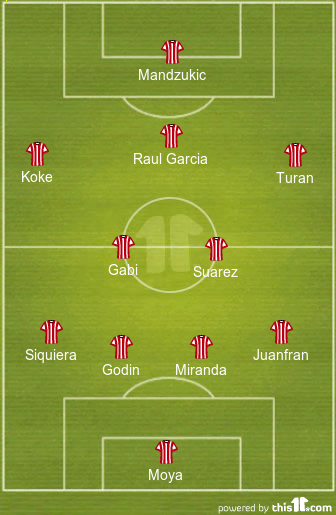 Atlético are favourites to come away with three points in this one, however after a tough match against Juventus in midweek and with Valencia not participating in European football this season, Los Che may be a little fresher that Atléti. Valencia are also full of confidence due to their terrific start to the season and I have been very impressed with them so far. I fancy them to get something from this game.

CAN VALENCIA PUSH FOR THE TITLE THIS SEASON? LET US KNOW BELOW OR ON TWITTER @90MINUTECYNIC.