Nuno Espirito Santo’s new look Valencia had a terrific start to the season, unbeaten in their first seven matches, with some terrific performances reminiscent of the recent glory days of the late 90s, early 2000’s. However things have been a little tougher of late, with only two wins in their last five matches, including last weekend’s 2-1 defeat in the Valencia derby to their rivals Levante. Despite recent results and performances not being quite the standard as the opening seven matches, Santo must be proud of what his side has achieved so far and they are deservedly favourites to pip Unai Emery’s Sevilla side for a top four finish and place in next season’s Champions League. Santo spoke earlier this week on Spanish Radio about his intentions to qualify for the Champions League and that he would regard anything less a failure:

“Not qualifying for the Champions League this year would be a failure. We have to qualify for it and we have the squad to do it,”

“I think the continuity of the squad is also key in fighting for the League and in two or three years we could be doing that, it all depends.

“We have a set of young players and in six months’ time they will have improved a lot. With that continuity, along with a few tweaks, we can fight for the title.

This weekends home tie against Barcelona is a perfect opportunity to keep the pressure on those sides just below and to show a clear statement to the rest of La Liga that Valencia are competing with the big boys once again. Santo believes his side can challenge for the title and defeat Barcelona on Sunday:

“We know how to cause Barcelona problems and on Thursday the players will know. I’m confident of winning and we are now gaining respect from those who doubted us.”

Title talk may be a little premature and unrealistic for Valencia this season, but if they can muster up a top four finish and continue to improve on their performances so far then who knows next season they could be title contenders. 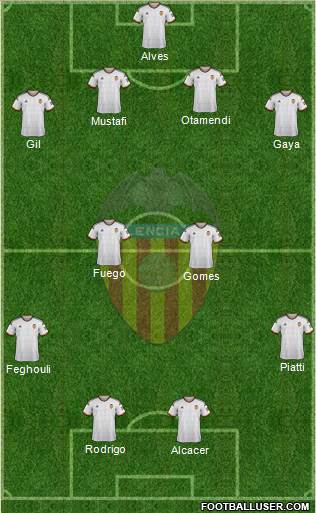 Barcelona like Valencia started the season in terrific form winning seven of their first eight La Liga matches, but then reality kicked them right in the teeth, outclassed by a superior Real Madrid side in El Clasico, before surprisingly losing at home to Celta Vigo. As usual the Spanish press were already reporting a crisis in Catalonia and that Luis Enrique might not last till the end of the season, but to his credit he has forced a reaction out of his team and they seem to have kicked up a gear. They were immense in last week’s absolute demolition of a decent Sevilla side by five goals to one. Lionel Messi made history in that match scoring a hat trick and surpassing Telmo Zarra’s La Liga goal scoring record of 253 goals. As if that wasn’t enough, Messi also broke the legendary Raul’s Champions League record in midweek, scoring yet another hat trick and taking his champions League tally to 74. It’s crazy to think Messi is still only 27.

This weekend’s tie against Valencia will be one of their toughest and most important games of the season, a defeat could see them drop five points behind Madrid after only 13 matches and facing a mountain to climb to regain the title. 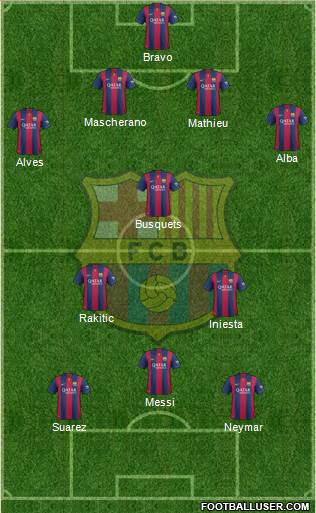 This is a very tough one to call and it’s usually always a tight match between these sides ,despite Barcelona being undefeated in their last seven matches at the Mestalla I feel they could struggle defensively once again. However they do have incredible quality going forward so I think this will be a scoring draw.

How do you think the match will pan out? Can Valencia qualify for the Champions League? Can Barca catch Real? Comment below or tweet us @90minutecynic

'Valencia Host Barcelona at the Mestalla' have no comments