The Madrid rivals clash for, remarkably, the third time this season already given their two legged Spanish Super Cup affair, which the league champions Atlético edged by a single goal. Diego Simeone’s side travel to the Santiago Bernabeu this Saturday confident they can maintain the upper hand on their big spending city rivals.

This Saturday’s El Derbimadrileño is a mouth-watering prospect for any football fan given the level of talent on display. Real added to their already star studded squad by signing German midfielder Toni Kroos as well as Colombian sensation James Rodriguez, who had a mesmerising World Cup this summer. The questions around Madrid remain the same, there is no doubting the talent of the squad, but can they fit them all into a cohesive starting 11? Manager Carlo Ancelotti seems to think so. He compared his team to a “diesel” this week. He did not expand on what his definition of diesel was, however. He told the Italian newspaper, Il Giornale:

“The team is working hard and one thing for sure is that the team is a diesel. My confidence lies on two pillars: I have a group of professionals that are very concentrated and Cristiano [Ronaldo] scores a goal a game.” 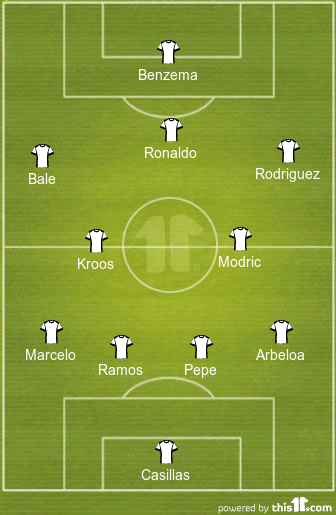 Whilst Ancelotti regards his side as the “diesel”, I’d argue that definition is more apt for Atlético. They have to make do without star striker Diego Costa, as well as goalkeeper Thibaut Courtois, as they have both swapped Madrid for London and the ‘glamour’ of Chelsea football club. David Villa has left the club too. Simeone has strengthened smartly, and has been in this position before when he had to replace Radamel Falcao. In has come Alessio Cerci from Torino, Mario Mandzukic from Bayern Munich, as well as Antoine Griezmann from Real Sociedad. It’s Simeone’s shrewd business in the transfer market that leads me to believe they will not be any less potent that they were last season.

Simeone, however, will not be on the touchline for this math given his eight match ban for telling the linesman exactly what he thought of him followed by a small tap to the head. This means that Atlético assistant German Burgos will be the man in the hotseat for the upcoming game. Simeone claims to be satisified that Burgos will be able to fill his shoes for the period of his ban:

“We’ll try to find the best way to communicate. Germán has the capacity and confidence; it gives me peace of mind that we understand football in the same way. He will sit on the bench and I will see it from another place.”

Both teams go into this game without any major injury headaches. For Real, Cristiano Ronaldo returns from injury to give the European Champions a timely boost. 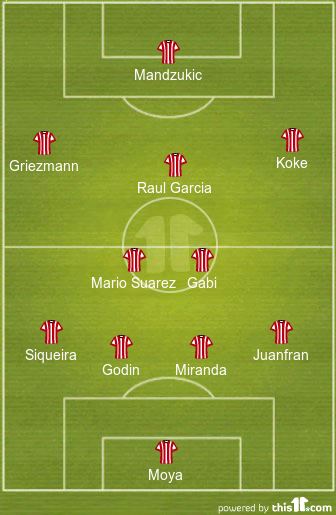 In midfield, Garcia’s workrate will be crucial for Atletico, and Koke will be looking to pick up where he left off last season in proving he is the equal of some of his more illustrious rivals

Simeone’s side seem to have the knack of frustrating Real (extra time in the Champions League final aside). I think that their impressive run of form against Real will continue, and they will stifle the hosts. A single goal from Mario Mandzukic will settle this tie.

HOW DO YOU THINK THE El Derbimadrileño WILL GO? ANY PLAYERS  THAT YOU LOOK FORWARD TO WATCHING? COMMENT BELOW OR TWEET US@90MINUTECYNIC

Chris is a Celtic supporter who is also a fan of Italian football. His all time favourite players include Paul McStay and Francesco Totti. Other interests include music, politics as well as a passion for boxing. You can follow Chris on twitter here: @iaminagreement

The War Is Over, The Crew Rebels Have Won