Celtic face their first “tricky away tie after a European match” on Saturday with a 12:30pm kick off in Inverness probably about the last thing that Celtic would want ahead of preparations for their second leg against Maribor. Following an impressive 1-1 draw in Slovenia, Ronnie Deila now has to get the balance right between keeping momentum up and resting key players ahead of Tuesday’s return leg. John Hughes will also be keen to keep momentum up – his side sit top of the Scottish Premiership and are unbeaten in their first 3 games.

McGregor has been key for Celtic this season

Deila looks to be starting to impart his vision on his players – this was particularly evident against Dundee United last week as Celtic played the type of free flowing, high tempo football that was sometimes missing under Lennon. Going forward Celtic were irresistible and were well worth the six goals that they put past Cierzniak in the United goal. Even more impressive was the mature performance against Maribor that saw this all-out attack tempered to more suit the European game. There were some great individual performances – Beram Kayal looked much less like the object of @thegallatron’s hatred and far closer to the player who was linked with Manchester United after his first season. Both Callum McGregor and Stefan Johansen were fantastic and look to be flourishing under Deila – perhaps McGregor’s loan at Notts County last season may provide a blueprint for developing our young players – particularly around determining which ones have the potential to break into our first team. One for @odge1983 to ponder in his ‘Spotlight on Youth‘ column methinks.

As a Celtic fan it is my right to be pessimistic even at the most joyful of times and it’s only right to comment on the defensive frailties that appear to have been exposed by Deila’s new system. The number of times against both United and Maribor where Celtic were cut open was worrying – better opposition may not have been as wasteful with the chances that Celtic were offering up. Our “£8m rated Centre Back” appears to have developed a horrible habit for finding himself 2-3 yards out of position at key moments – in fact the only saving grace for Maribor’s goal was that had the referee not played advantage and Bohar scored, Denayer had given the referee a strong opportunity to produce a red card.

The less said about Ambrose’s cameo the better – hopefully we can find some other obscure ruling that would suspend him from the next leg….Not quite sure where the answers lie in terms of solving this one (be less pish?) but once again Celtic look light at both Centre Back and Left Back. We have always been exposed for cover at LB, however, Izzy really looked like selling the jerseys on a couple of occasions – perhaps his World Cup exploits are catching up with him? 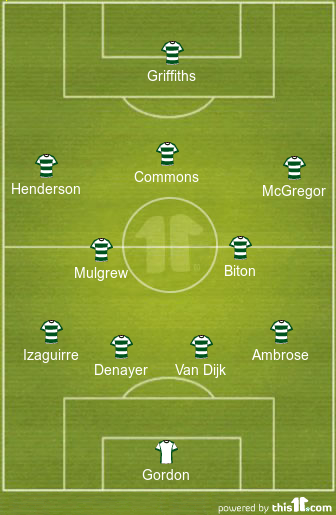 Keeping the team focused on Saturday’s game ahead of further European adventures is Deila’s priority as he stated at Thursday’s press conference:

“I’m looking forward to Tuesday but we must concentrate on Saturday. Inverness are a good organised team.”

He will be well aware of the elephant graveyard that the Caledonian Stadium has been for Celtic over the years but this needs to be balanced with ensuring everyone is ready for Tuesday. In stating:

“For Inverness we need to be on form. We have a big squad and it is important to use it”

Deila is showing a healthier attitude to squad rotation than the previous incumbent of the role.

John Hughes doesn’t face any European distractions this year and his side have certainly made an impressive start to the season. Coming off the back of a 2-0 win against what admittedly looks a much weaker Motherwell side than last season, Caley Thistle are yet to concede a goal and have taken seven points out of nine so far. Top six and Europe will be Hughes’ ambitions and he may feel that there is a cheeky point or three to be had when Celtic visit.

Caley have no new injury concerns ahead of the match. For Celtic it will be a question of who comes in as part of Deila’s rotation. I would expect Commons to feature and Griffiths to come in for Stokes as I don’t expect either to start against Maribor. I would also suggest that Johansen and potentially Kayal will be rested given how crucial they were on Wednesday night. This should create an opportunity for Liam Henderson to start. 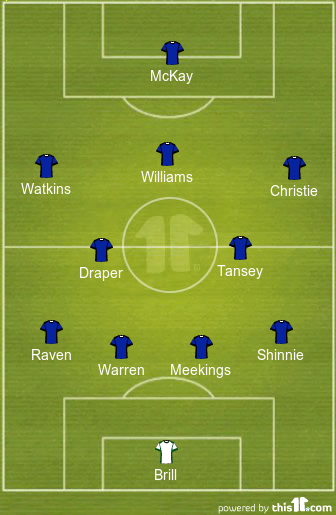 McKay already has one goal to his name this season and he will be keen to get on his way towards repeating his 22 goal haul from the last campaign. McKay looks like exactly the type of player who could exploit some of the defensive weaknesses that Celtic have displayed so far. For Van Dijk, and most likely Denayer, it will be a significant test and both will need to show that they are capable of rising to it.

McGregor & Commons Vs. The Bookies

Last season the ‘Commons to score any time‘ market was a license to print money. It seems that this mantle has been passed on to Calum McGregor who will be keen to maintain his impressive goal scoring form. Having said that Commons doesn’t look to have hung up his scoring boots yet so probably worth a punt on both of them.

I think this might be the first time I haven’t predicted a Celtic win…I just feel that after Wednesday and ahead of Tuesday a 1-1 draw would suit both teams.

WHO WILL COME OUT ON TOP IN Inverness? WILL DEILA OUTFOX Hughes? COMMENT BELOW OR TWEET US @90MINUTECYNIC